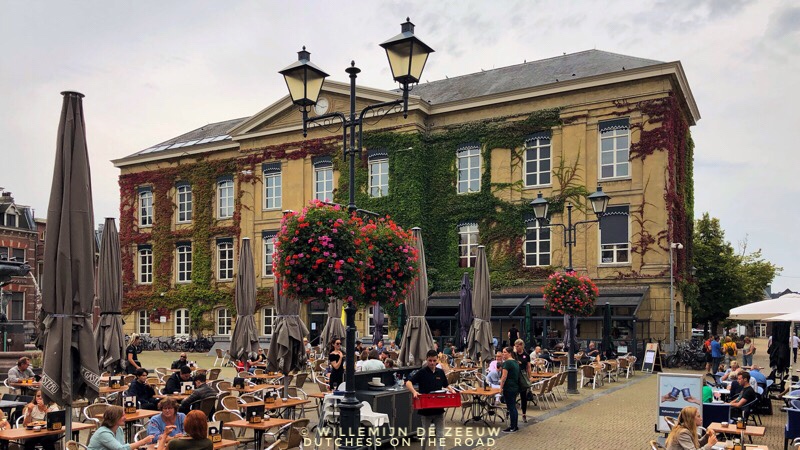 My home town Gorinchem was recently voted the most beautiful fortified town in The Netherlands. Along with a thousand years of history and its recently acquired status as a UNESCO World Heritage, there are plenty of reasons to come here.

Are you visiting The Netherlands, and do you want to get away from the crowds? Gorinchem is the perfect destination for you! The city has much to offer, and is close to other attractions. You can easily reach Loevestein Castle from here, or the famous windmills of Kinderdijk. The city is well connected to the rest of the country, both by motorway and by rail. Despite all of this, it doesn’t get many international visitors.

Things to do in Gorinchem

With more than a thousand years of history, Gorinchem is a wonderland for history lovers. Learn about the medieval legend of the Blue Tower, or find out why the town received its star shaped fortifications in the 16th century. These fortifications make for a great place to walk and see the city. Go for a walk here for a great view over the river, and see the two historic windmills, the last remaining city gate and some of the old cannons that used to defend the city.

The tourist office offers several walking routes through the city, depending on your interests. If you speak Dutch, try the Poëzieroute, the Poetry route. Alternatively, you can go searching for “Memory Bricks” in the pavement. An anonymous artist – commonly referred to as Bricksy – replaced paving stones with these little time capsules made of transparent epoxy resin. During your walk, take a look at the beautiful old houses, some of which date back to the 16th century, or take a look at the house boats in the canal. If you want a good view of the whole city, climb the tower of the Grote Kerk church on the central square. Currently, you need to make an appointment for it at the tourist office.

The building covered in vines opposite the chuch is the old town hall. Nowadays it serves as the city museum, showcasing both art and history. For another fascinating look into the history of Gorinchem, visit the Hendrick Hamel Museum, to learn about the first Westerner to make a written account of Korea after sailing there in 1653. The crew of the ship were forbidden to leave the country and as a result, they lived in Korea for thirteen years. Upon his return to Holland, his journal was published, introducing Europeans to what life in Korea was like.

The Grote Markt square, next to the old town hall, is the heart of the city, especially in summer, when the restaurants and cafes around it fill the whole square with tables. Spending the afternoon here is a great way to immerse yourself in a bit of Dutch culture. Although we are certainly not the only ones in Europe, Dutch people are obsessed with “een terrasje pakken”; eating and drinking outdoors on a terrace like this, whenever the weather allows it.

Things to do outside of Gorinchem

If you have not yet had enough of history and fortifications, take a ferry across the river to the medieval castle Loevestein. This small but very well kept castle is most famous for the imprisonment and escape of Hugo Grotius. The history of the castle dates back to the 14th century, but in later centuries it also became part of the New Dutch Waterline, just like the city of Gorinchem and the nearby town of Woudrichem. The medieval castle and its moat got another earthen fortification around it, with a second, much larger moat. Woudrichem is also well worth a visit. You can get here using the same ferry that takes people to Loevestein Castle. Learn more about this charming little town by visiting the Visserijmuseum, dedicated to the history of the fishermen on the Merwede river.

The 19 historic windmills of Kinderdijk are one of the most visited tourist sites in The Netherlands. However, don’t let that stop you from visiting. The scale of this network of windmills is unique in the country. From Gorinchem, you can drive to Kinderdijk in about 30 minutes. You can also travel to Kinderdijk by bus, which will take about an hour. The best time to visit is the end of the afternoon, when the tour busses are already leaving. For a special experience, be there early to see the sunrise. There is no entrance fee to visit the area and see the windmills. However, if you want to take a look inside one of the three museum windmills, you do need a ticket. Keep in mind that most of the other windmills are inhabited. Please respect the privacy of the people living there and stay at the appropriate distance.

Last but not least, if you want to spend a day in nature, visit the wetlands of the Biesbosch National Park. There are several visitor centres from where you can go on a boat tour, or rent a boat to explore the area on your own. The park is well know for its wildlife. Many waterfowl pass trough here every year when migrating south for the winter. The park is a vital part of wildlife conservation in The Netherlands, most famously by reintroducing beavers, which had not lived in the wild in our country for more than a century. However, the area has also attracted ospreys and white-tailed eagles. It’s not all water though, there are great walking routes as well.

Whether you’re looking for a historical city, or a relaxed getaway in a less visited part of The Netherlands, Gorinchem is a great place to start. There is a lot more to discover and this post barely scratches the surface. Come see The Netherlands’ most beautiful fortified town for yourself!