I have to admit I was a bit sad when my train rolled into Irkutsk Passazhirskiy station this morning. Living on a train for 83 hours was everything I hoped it would be, and more. It was the ultimate way to get to know Russia.

It was a bright and sunny afternoon of 30°C at Moscow Yaroslavskiy station when I boarded the No.070 to Chita. I stumbled through the narrow corridor of carriage number 8 with my heavy backpack. Due to the sunny weather, the train felt dark and the air was quite stuffy. When I found my bed, two guys were already in the compartment. Neither of them spoke any English. 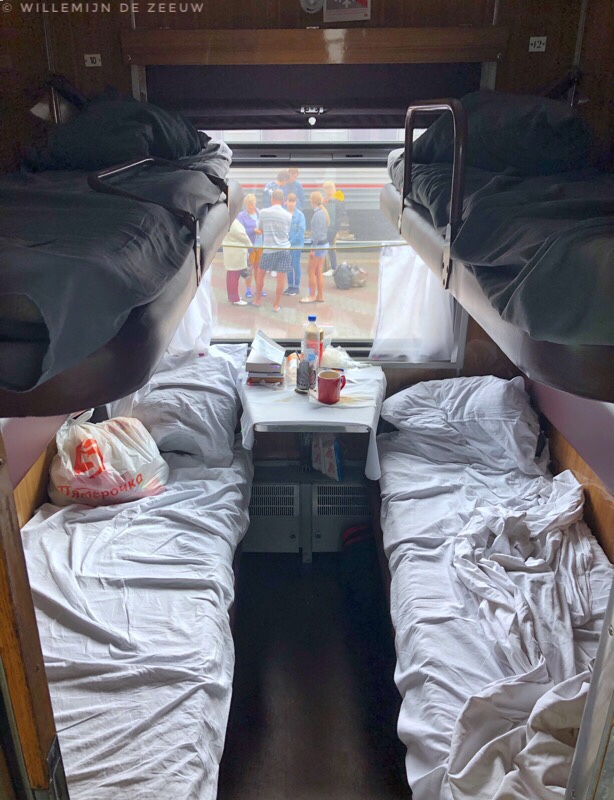 I travelled second class, which is called “Kupe” in Russian. This means the carriage is divided into 9 small rooms, each with 4 beds. Pillows and mattresses were on the top bunks for now, the lower bunks used as seats. I have dreamt about making this train journey for a long time. The best thing about that is that I was prepared. I downloaded Russian on my Google Translate app, bought a big bag of instant noodles and snacks, brought small gifts from Holland and a book that would last me 4 days. The latter actually turned out to be the least useful item, because I barely found any time to read. I spent most of my time on the train making small talk with fellow travellers. 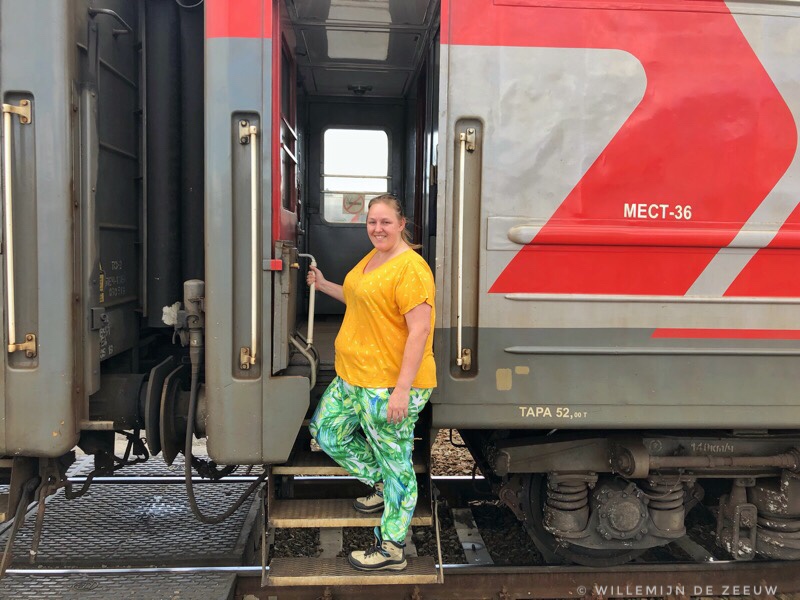 Everything that happens on the train revolves around the timetable, which can be found in the hallway. The timetable shows where the train stops, but more importantly, for how long. Any stop of 15-30 minutes is a good one. Those stops are long enough to leave the train. Each carriage has its own provodnitsa, a carriage attendant who checks in the passengers, opens and closes the doors at each stop, keeps the carriage clean and alerts people when their destination is coming up soon. During stops they stand beside the door and remember who was on board. Some of the stops are nothing more than a chance to stretch your legs and get some fresh air. Other stops offer a small glimpse of a big city or a chance to admire one of the many old steam locomotives that are on display en route. The best stops, however, are the ones where small kiosks or carts offer you the chance to stock up on your groceries, from the ever popular instant noodles and tea, to fruit, smoked fish or freshly baked pirozhki. 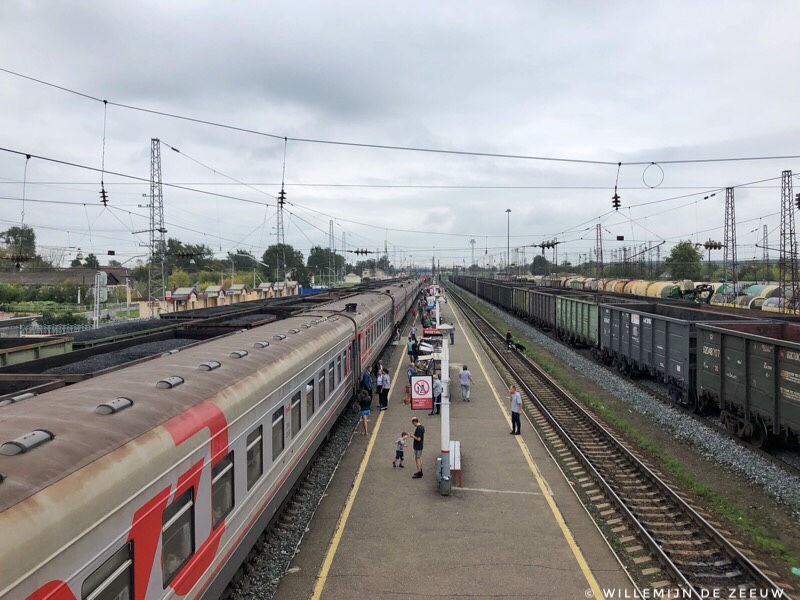 Some Russian travellers take their meals on the train much more seriously than a quick cup of noodles. The beautiful thing about sharing small living quarters with other travellers, is that many people are inclined to share. Some people I’ve met have been eager for me to try their food and to get to know their culture. In fact, the cabin picnics have been so much fun, that I never even saw the restaurant car. During my trip, I’ve been offered various things, from an apple or a piece of chocolate, to a home cooked chicken leg, home made cloudberry jam or a sandwich assembled right there on that little table. Thankfully, I’d brought plenty of stroopwafels to return the favour. 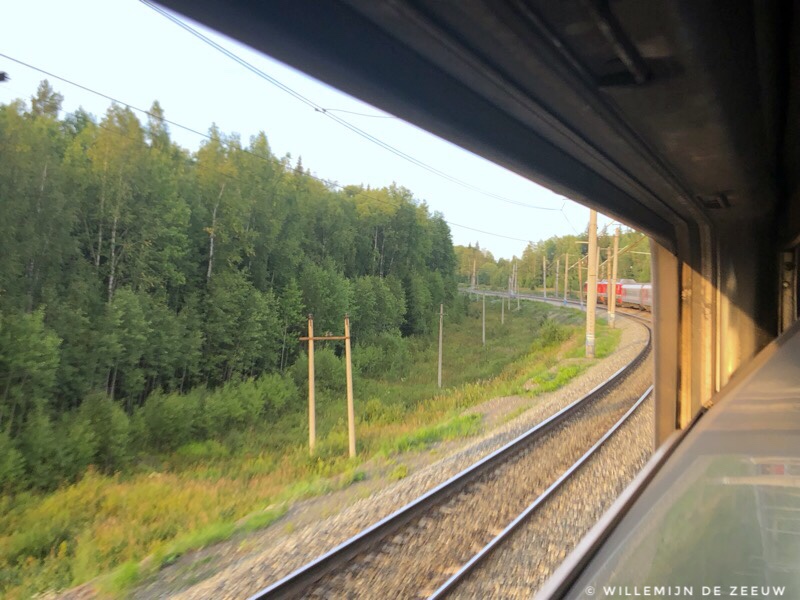 As the train spent 83 hours covering the 5185km across 6 time zones from Moscow to Irkutsk, the landscape changed all the time. From the rather dirty windows of the train, I’ve seen mighty rivers, endless birch and pine forests, the greenest rolling hills, colourful old villages and the twists and turns of the track through the Ural mountains. As much as I loved getting to know my fellow passengers – in the end there were 10 different people I shared a part of the journey with – I spent the majority of my time looking out of the window, admiring the view and taking photos.

One thought on “Holland to Hong Kong travel journal #4: four nights on the Trans-Siberian Railway”