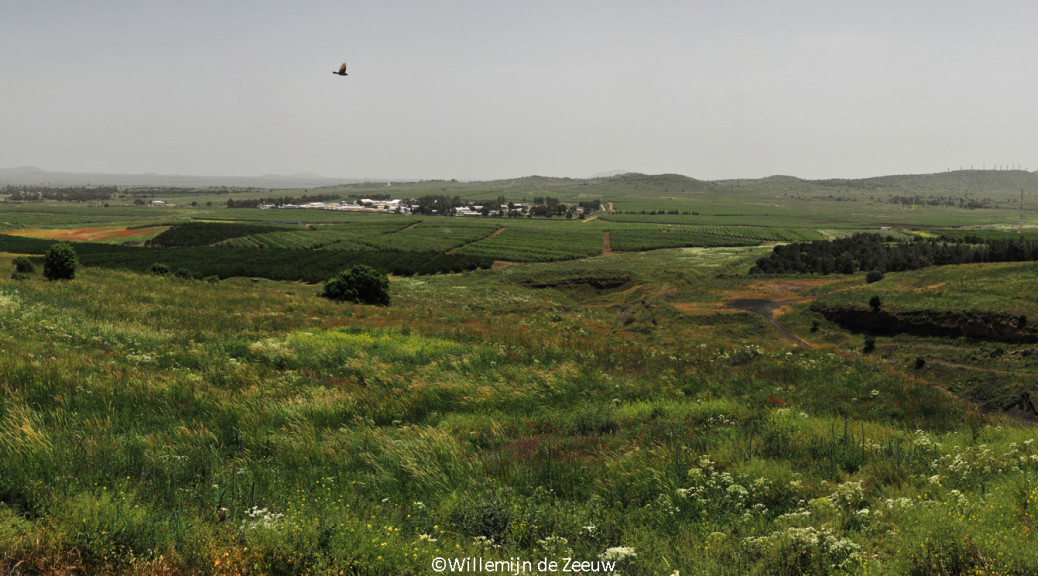 Whenever someone asks me what the most memorable part of my trip to Israel was, I feel like I ought to tell them it was Jerusalem. Most people who have visited the Holy Land seem to agree on this point. Looking back at my trip now, almost five years later, as the details of the memories start to fade, I cannot help but think the city is somewhat overrated. The part of my week-long stay in Israel that stuck with me the most, consists of the days spent in the north of the country, after leaving the capital.

Granted, Jerusalem is the heart of Israel, and the main point of interest for most travellers. As an important holy city for three of the world’s largest religions, it attracts all kinds of people from all over the world. This popularity is exactly why I preferred the rest of the country. The many sights the city has to offer were very interesting to visit, but also rather crowded. I felt like I could not enjoy them as much as I had hoped, because there were just too many people. Despite that, I would not have wanted to miss any of them. I grew up hearing Biblical stories and forming an idea of what Jerusalem had to be like. Needless to say, the city was completely different from what I imagined it to be. My experience of visiting this ancient city – a group holiday with members of our church – was wonderful, but the country did not truly touch my heart until we had left Jerusalem behind us.

As the bus took us out of the city, the beauty of the landscape was rather unexpected. After spending several days in Jerusalem, and a day at the Dead Sea, it did not occur to me that not all of this country consists of desert. Standing on the rooftop of a Carmelite monastery, I was astonished by the view over the surprisingly green Jezreel Valley. As we continued our journey towards the Sea of Galilee, the landscape kept getting better. The views were stunning and when we spent the next morning visiting the holy sights on the northwestern shore, I finally felt like we had escaped the crowds. The pace was slower in this part of the country. Ironically, it felt like the most peaceful place on the planet. Sadly, this is quite far from the truth.

Once again we travelled further north, to the Golan Heights, where it was evident that this part of the world is not at peace. Regardless of the fact that it was quiet enough for tourists to visit, the reminders of war were numerous. Seemingly endless stretches of barbed wire fence stood along the side of the road. The bright yellow signs on these fences reminded us that these gorgeous fields full of wildflowers were also full of landmines. In the shadow of the eucalyptus trees that betrayed them, Syrian fortifications are left to crumble and decay after their destruction during the Six Day War. The beauty of a wide view over an endless green landscape is interrupted by the sight of a UN base at the bottom of the hill we are standing on, and the realisation that what we were looking at was the demilitarised zone that separates the Golan Heights from Syria.

I often think about my trip to Israel, but Jerusalem is hardly ever the first thing that comes to mind, no matter how glad I am to have travelled there. Not even the quieter days spent at the Sea of Galilee qualify as the most memorable part of my week in Israel. The deceptive beauty of the Golan Heights has unexpectedly left a bigger impression on me than any other part of the country has. As the memories of the trip slowly start to fade, my memory of that particular afternoon could not be more vivid.