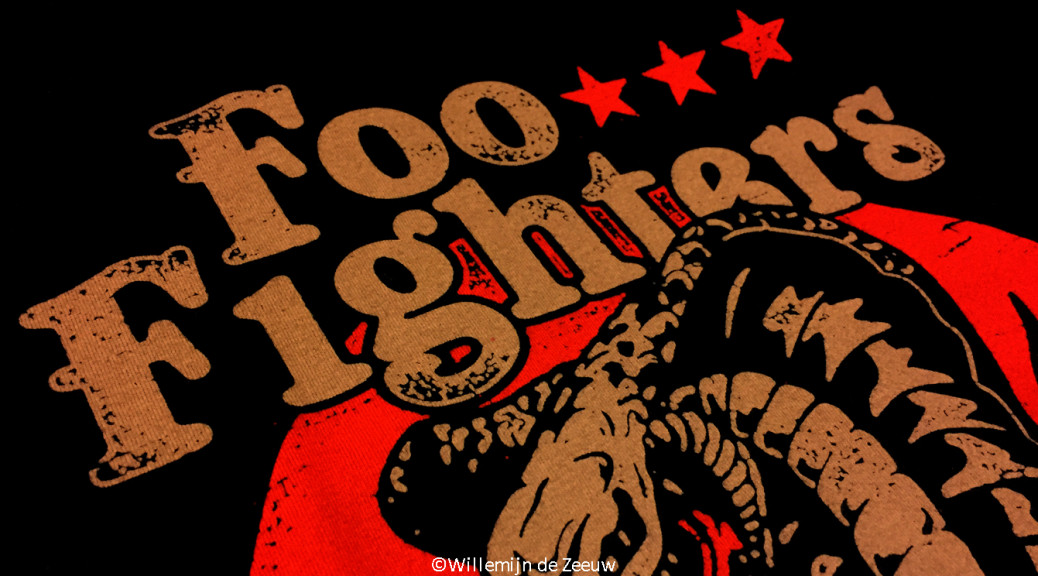 Anyone who knows me, knows I love music. At home, I often listen to music whilst I am working. During a road trip, my favourite music keeps the long days in the car interesting. The best way to enjoy your favourite music however, is attending a concert. In last year’s rant about writer’s block, I hinted at incredible concerts I had attended, but until now, I did not realise that I had not actually published that story yet. Better late than never?

After several small concerts throughout the year and an unforgettable music festival in May, it was finally time to attend my very first big concert. Months of anticipation had passed since I bought the tickets, when on the 5th of November, the time had come for the Foo Fighters to bring their Broken Leg Tour to Amsterdam. Due to the fact that three events were to take place in close vicinity of each other, I had expected traffic to be a nightmare. Thankfully this did not turn out to be the case. Arriving at the Ziggo Dome, I was pleasantly surprised to find out there were only a few dozen fans waiting in front of the main entrance. Miraculously, the rain stopped right before security asked us to take our places in the queue. The realisation that, just like at the festival in Germany, I had a very good chance of ending up in the front row, made the long wait easier. The friendly atmosphere in the queue helped too.

The concert itself was as great as I had hoped it would be. The support act made the traveller in me long for a trip to the city of New Orleans. The Foo Fighters’ performance was nothing short of brilliant. From the very beginning, the music was both unbelievably good and incredibly loud. As I had expected when queueing, I managed to get a spot at the barrier. Unsurprisingly, I found myself comparing the concert to Muse’s performance in Gelsenkirchen. After experiencing the miserable acoustics of a football stadium, I was astounded by the great acoustics of the concert hall. Dave Grohl turned out to be a front man who likes to talk to the crowd, which formed a great connection between the band and the fans. Neither the curtain that did not fall when it should have, nor Dave’s broken leg could bring down the incredible energy at the gig. The wide variety of songs made the evening feel like a true celebration of the band’s 20th anniversary. The feeling that this night was special was only strengthened a couple of weeks afterwards, when the release of the Saint Cecilia EP marked the start of a long break for the band.

The chaos I expected to encounter on the way to Amsterdam presented itself on the motorway back home. As thousands of people were eager to make their way home after either a football match, or one of the two sold out concerts in the city, the roadworks on the main roads to the south assisted in clogging up the motorways, causing disastrous traffic jams. None of it could dampen the spirits after such a great gig though. I returned home exhausted, but armed with precious souvenirs and a fond memory of one of the greatest ways to experience the music I love.

One thought on “Sonic Highways”