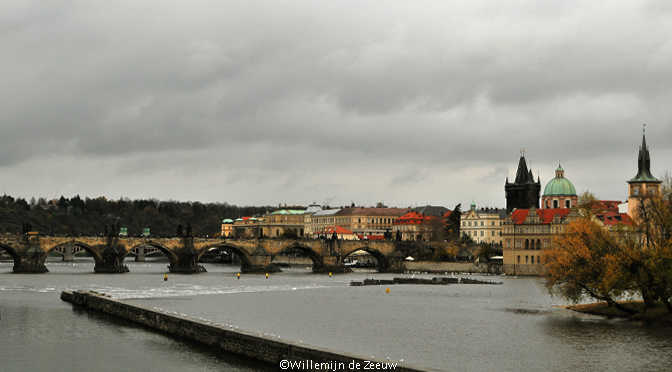 Two and a half years ago, I travelled to the city of Prague for a short city break. Unlike on previous trips, I had not planned ahead much further than booking flights and a hotel. I wanted to make the rest up as I went along. In a way, despite the shortness of it, this trip shaped the traveller in me. It made me realise that my possibilities in solo travel go far beyond road trips in my own car. This trip made me see the traveller I want to be in the future. This planet is a big place, and I yearn to discover as much of it as I possibly can.

I love to travel on my own. That said, I am by no means an expert in the field. I am no backpacker, nor do I aspire to be one. The first time I ever went on holiday without my parents, I drove across Europe for a little over two weeks. On my own. This proved to myself that I am capable of solo travel and, more importantly, that I enjoy it. Despite that, the trip to Prague felt different. In a way that makes no sense at all, it felt like a bigger step to take, compared to a road trip. To step on a plane with no more than a carry-on bag, meant that I was leaving behind the comfort and familiarity of my own car and tent. Although I have been on non-camping trips before, I have never done one on my own. My previous travels were pre-planned trips with a group, like my trip to Morocco. It might sound ridiculous, but to me, this city break was a pretty big deal.

Never before did I go on a trip that took as little preparation as this one. I spent some time searching the net for the cheapest flight, and a nice, but not too expensive hotel near the city centre. The duration of my trip would only be a couple of days, so I figured I would just wander around a bit, take photos and make it up as I went along. In hindsight, I could not have dreamed up a better way of broadening my solo travel horizons. Had I known all about the city I was visiting, I have no doubt that I would have simply walked around with my nose in a guide book, rather than truly taking in the sights. Arriving in Prague unprepared compelled me to be a little more creative.

Knowing very little about the city I travelled to, proved to be a very interesting experience. On the one hand I was not prejudiced in any way, but on the other hand I felt rather ignorant about the Czech Republic and its gorgeous capital. Thankfully, the city provided me with a solution. Shortly after my arrival, I wandered into the Staroměstské náměstí, the Old Town Square at the heart of Prague. It was well past the main tourist season, and I had feared the streets would be deserted. Thankfully this was not the case at all, and the weather was surprisingly good for mid-November. Naturally, the sight of a dozen red umbrellas made me laugh, until I read the words printed on them: FREE TOUR. I tend to be quite sceptical about things like these. Things that are said to be free, very rarely are. My curiosity was piqued though. As I was watching the famous – and incredibly beautiful – astronomical clock on the side of the old town hall’s tower, I was approached by one of the umbrellas. The young man wielding the umbrella did not hesitate to admit that some money was in fact expected in exchange for the two hour long guided walking tour of the city centre. Strictly speaking the tour is free of charge, but people are expected to tip the guide after the tour. After asking him about the details of the tour, I found myself thinking that for a €5 tip, this tour would probably be well worth it, as it is a small price to pay for two hours’ worth of information given by a local guide to a small group.

The choice to sign up for the tour turned out to be one of the best ones I have made during my stay in Prague. I learned more in those two hours, than I did during all the other days. I no longer felt ignorant about the city I was visiting. The guided tour was the perfect introduction to the city. As I wandered around the city on my own during the next few days, the information the guide had provided me with put any new information into context. Other than general information on the history and culture of this beautiful capital city, the tour also provided me with places I would otherwise have missed. I doubt I would have wandered into the Jewish quarter at all if it had not been a part of the tour, and even if I had, I would have missed out on its stories. I also doubt I would have walked into what looked like a Soviet era shopping mall, which was really not interesting at all, save for the place that sells small open faced sandwiches called obložené chlebíčky. In fact, I returned there to have lunch on my last day in Prague, because leaving the country without doing so was really not an option.

I can honestly say that my trip to Prague was nothing short of incredible. I recommend this city to everyone. Even though taking a walking tour of the city proved to be an invaluable source of information, I doubt I will embark on future trips with as little preparation as this one. It was a wonderful experience to just discover the city, but I did feel like I was continuing to discover it when I read about it after returning home. For those of you who also travel on your own, be sure not to miss out on this gorgeous city. It is a perfect destination for solo travellers testing out their solo travelling skills. There is so much to see and to do, that you will not get any chance at all to feel alone.