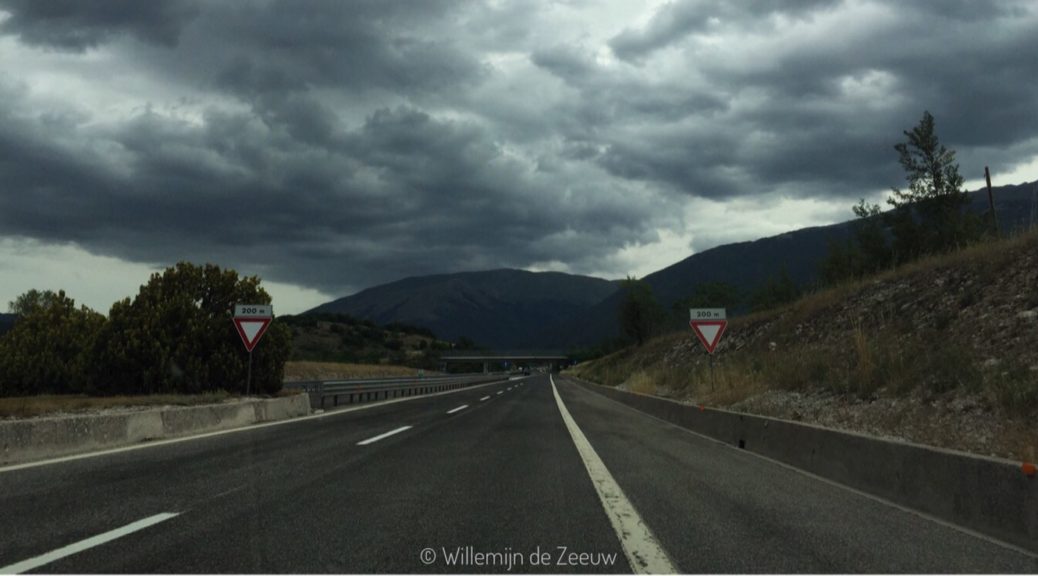 Travelling is hardly ever a continuous series of perfect, carefree days. Every trip is bound to have a bad day. The worst day – technically it was the worst night – of my recent trip to Italy started when my friend and I arrived in a coastal village in the vicinity of Rome.

I suppose our first mistake was going somewhere without doing our research. Although that strategy had worked brilliantly for us at the previous campsites, our luck ran out in Passo Oscuro. It had been a very warm and tiring day. The utterly terrifying way Italians drive had made the latest leg of our road trip rather stressful, as we ended up on the motorway around Rome during rush hour. We were both glad to have arrived safely and we looked forward to a relaxing night before making a day trip to the Italian capital the next day.

On the surface, there didn’t seem to be anything wrong with the campsite we’d found. It was a large campsite that looked alright and the prices were great. No one seemed to be able to speak a single word of English, but I’ve been in that situation before, and I didn’t think much of it. They had plenty of pitches available. Just like at the previous campsites, we were asked to hand in our ID cards, which we’d be able to pick up again after about an hour. We set up camp in our assigned pitch and went to check out the facilities. They were definitely the worst ones so far, but at that point we were still laughing about the dreadful showers and hole-in-the-ground toilets. There was nothing wrong with going back to basics, right? Camping was supposed to be an adventure. There was one “normal” toilet, so we’d be fine. We could hardly expect 5 star facilities everywhere we went.

The second mistake was made when we returned to the reception building to pick up our IDs. We were asked to pay in advance. Even though I have never had to do this at a campsite before, neither of us wanted to pack up and leave again over this. We payed for the four nights we intended on staying and went for a walk through the village, to check out the beach. In hindsight, I should have seen the warning signs and should have only paid for one night, but those insights only ever come afterwards, when it’s already too late.

The sun had just gone down and the walk through the town couldn’t offer the relaxation and peace of mind these walks usually give me. Everywhere we went, people were glaring at us. They didn’t look at us with the usual smiles that showed amusement at how much the two blond-haired tourists looked out of place in their small town. They stood in their doorways and looked at us without smiling, exuding a rather hostile vibe that seemed to be the polar opposite of amusement. It was quite clear they didn’t want us here. We felt incredibly uneasy walking around there with Google maps as our only guide. We made a quick purchase at a small shop and abandoned our plan of going to the beach. Instead, we returned to the campsite for a drink.

On our way to the campsite bar we started to realise that we were the only foreigners on this campsite. There was a large number of caravans, but all of those seemed to be in seasonal pitches and looked like they hadn’t moved in years. It seemed like, except for the two of us, everyone was permanently living here. At that moment, a light bulb finally went on in my head. Judging by what they look like and the fact that they permanently live on a campsite, these people are probably gypsies. I’m not a racist person at all, and I would have found this discovery quite fascinating if I hadn’t felt so ill at ease in this town. As it was, the realisation only served to make me feel worse about being here, because we really were the only tourists here.

We arrived at the bar and tried to order a glass of wine, but due to the language barrier our only option turned out to be buying the whole bottle. We returned to our pitch and realised the whole atmosphere at the campsite had taken a nose-dive since sundown. No one looked as hostile as the people in the village, but they didn’t really look friendly either. We decided then that it would probably best to just leave the next morning.

After a dreadful night’s sleep we packed up our things and went to reception to ask for a refund. With the help of Google translate, I explained that even though we’d paid for four nights, we had to leave after only one night. Without batting an eyelid, the woman behind the reception desk told me that giving me my money back was not possible because I’d paid by card. Although this has got to be the most ridiculous thing I’ve ever heard, I didn’t feel like starting an argument would make any difference at all, so we cut our loss and drove off. As we left Passo Oscuro, we both sighed with relief at getting out of there and laughed at the fact that we should’ve seen this coming in a town that literally has the Italian word for “obscure” in its name.

Moral of this (rather long) story: trust your gut feeling when you end up somewhere like this campsite. Better yet, check out the reviews on Google or on Tripadvisor before you go somewhere. It only takes five minutes and can save you from having a similar experience. However, if you do experience something like this during your trip, just keep in mind that bad days tend to make great stories.

2 thoughts on “Travel Journal: ﻿The worst day of my Italian road trip”