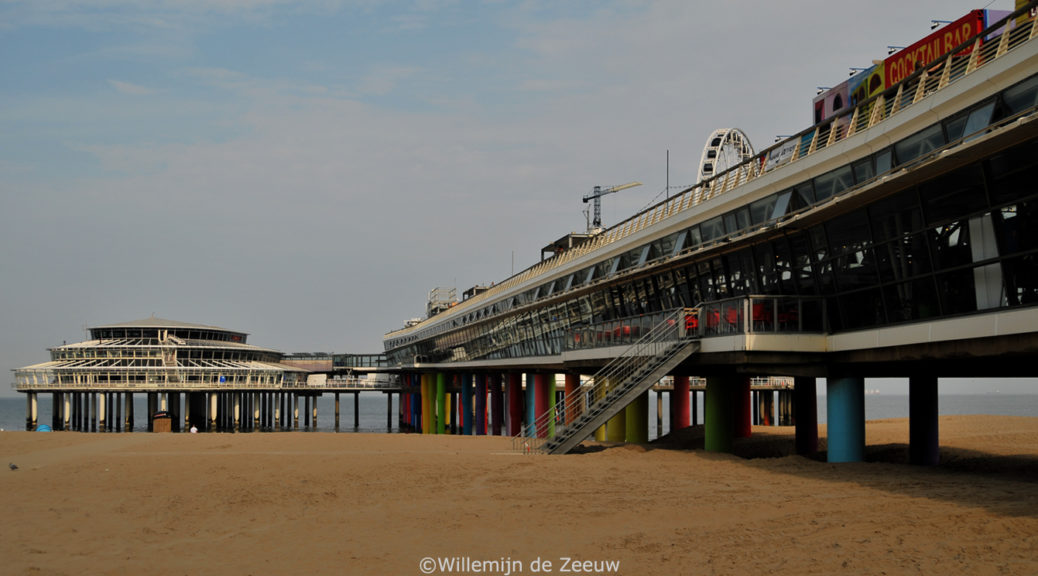 The iconic Scheveningen pier appears to have finally left behind its most troubled years. After costly renovations, fires and several years of decay, it eventually went bankrupt and was closed for a few years. In 2014, a new owner was found and Holland’s only pier got another chance. It reopened a year after and has been subject to ongoing improvements. My mum was very keen on visiting the Scheveningen pier, thanks to the most notable change: the addition of a ferris weel in 2016. We decided it was about time we took a day trip to the seaside to check out the new and improved pier. 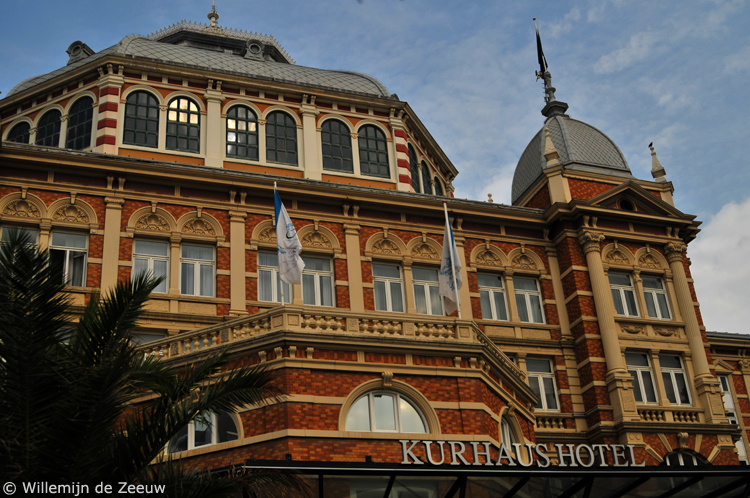 Unlike the multitude of piers on the English coast, The Netherlands has only one of these. The original pier was built in 1901, in front of the famous Kurhaus hotel in Scheveningen, The Hague. This pier was destroyed during the second world war. In 1959, construction began on the new pier. This pier was built slightly further north, because its concrete construction was deemed inharmonious with the style of the Kurhaus. It featured a 12 metre wide walkway connecting three islands: a restaurant, an observation tower and an arcade. Mid-1970s, a fourth island was added, themed around Jules Verne’s 20.000 leagues under the sea.

In the following two decades, the pier suffered from poor maintenance. Subsequently, several parts of it were closed. A change of ownership in 1991 was meant to bring new life to the pier, but after costly renovations it went bankrupt in early 2013. The building was in a bad state and was considered unsafe to stay open to the public. 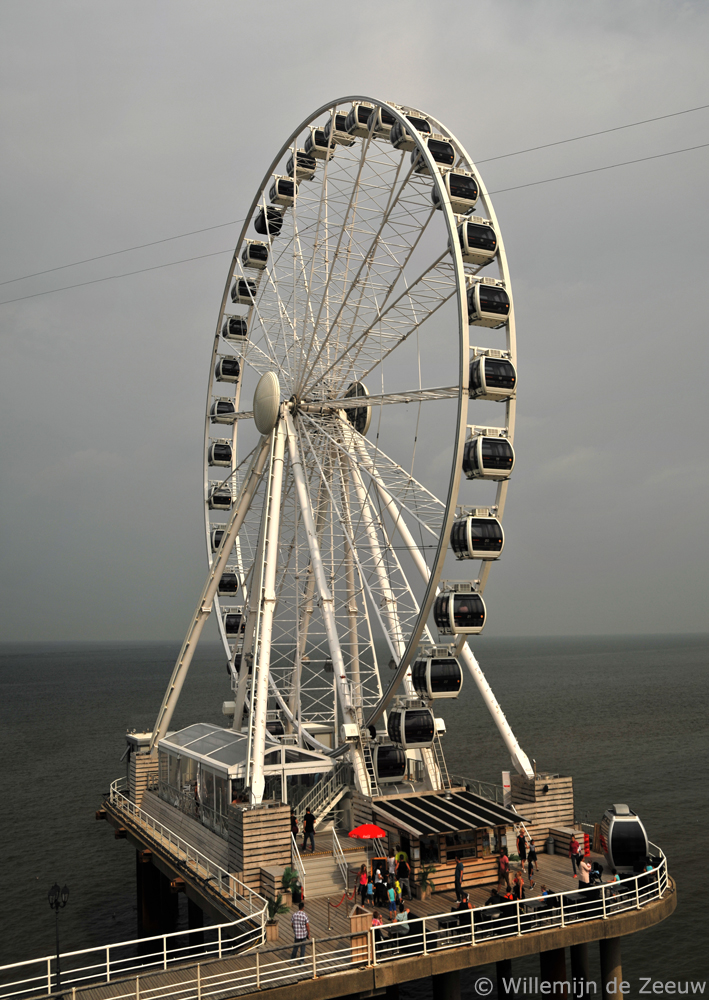 A second chance for the Scheveningen pier

New owners were found at the end of 2014, who reopened parts of the pier in the following summer. A lot of work went into restoring both the pier and its public image. The country’s only bungee jumping location – a crane atop the observation tower – reopened. The arcade was replaced by a 42 metre ferris wheel and the fourth island was taken down.

Ever since the ferris wheel opened, my mum has wanted to go there. In the last weekend of August, we finally went and we both loved it. I had visited Scheveningen before, but not the pier. There’s a lot more to see and do on the pier than just the ferris wheel, so it’s perfect for a day trip.

The main structure has two levels. The lower level is full of small shops, most of which sell incredible street food. The upper level is an open walking promenade that offers great views of the sea, the beach and the city’s skyline. Sadly my mother was unable to visit the upper level, since the stairs were too much of an obstacle for her and the lift didn’t work. Hopefully the ongoing renovations will soon include the replacement of this old lift, so everyone will be able to enjoy the walking promenade. 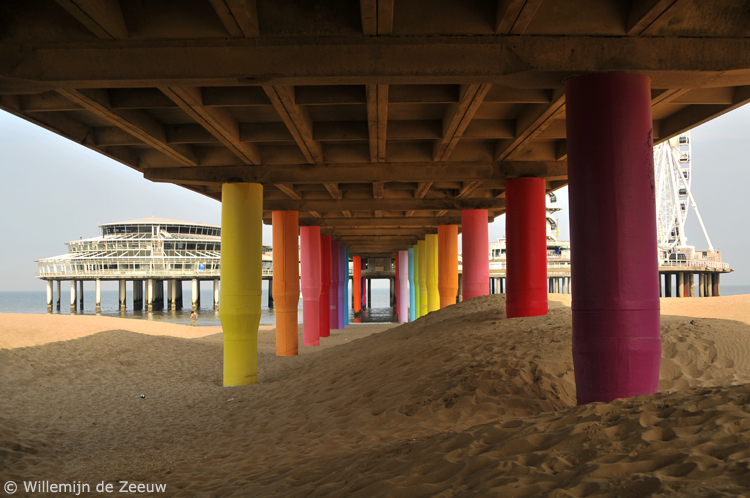 On our way to the pier, I got distracted by the colourful supporting pillars of the pier. Their bright rainbow colours are courtesy of Akzo Nobel, the new sponsor of the Dutch team on the Volvo Ocean Race. The race, which starts in Alicante in October and takes nine months to complete, will finish in Scheveningen next summer.

After taking plenty of photos, we made a beeline for the ferris wheel, called “SkyView de Pier“. There was no queue, since it was early in the day. We didn’t have to wait long before we could get into one of the closed gondolas. The wheel moved surprisingly quickly and before we knew it, we were at the top.

The view is incredible on both sides. On one side you can see the pier below and the coastline with the long beach and the busy boulevard. On the other side you can see large ships in the far distance, on the hazy horizon where the North Sea meets the sky. Due to the rapid movement, a revolution of the wheel doesn’t seem to take very long. On the way down, people flew past us on one of the other new additions to the pier: a zip-line. Thankfully, we got about 5 or 6 revolutions before we had to get out of the comfortable airconditioned gondola. Since a ride on the ferris wheel had been our main goal for the day, we had plenty of time to sit down for a bite to eat. 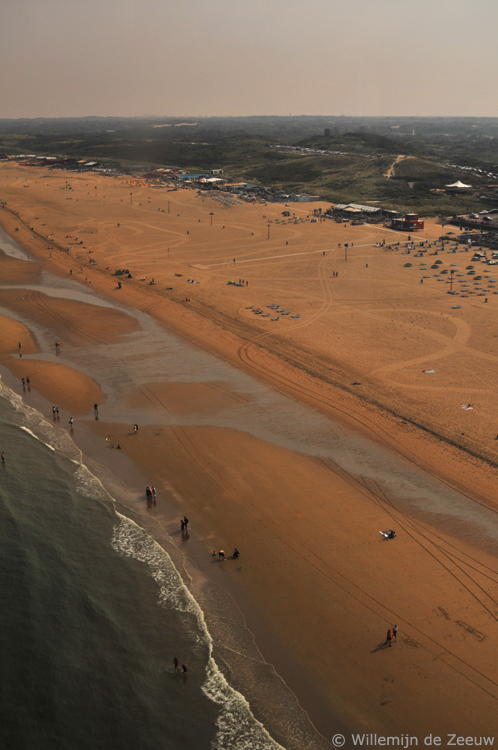 Street food at the Scheveningen pier

I wouldn’t have minded trying all of the street food at the pier. There are plenty of options, so there’s something for everyone. The only thing I wasn’t impressed with was the ice cream, but I suppose my summer holiday in Italy has raised my gelato standards to a ridiculous level. It’s hard to say what my favourite food was, since it was all very good. Since I can’t name one favourite, I’ve decided to name four:

Their name is a play on the Dutch word kibbeling, which is also their key product. Apart from kibbeling, Kibbelking offer fish and chips – with a choice of Dutch, English or Asian style – and calamari. Even though I picked the Dutch style, it was definitely the best fish and chips I’ve had outside of England. 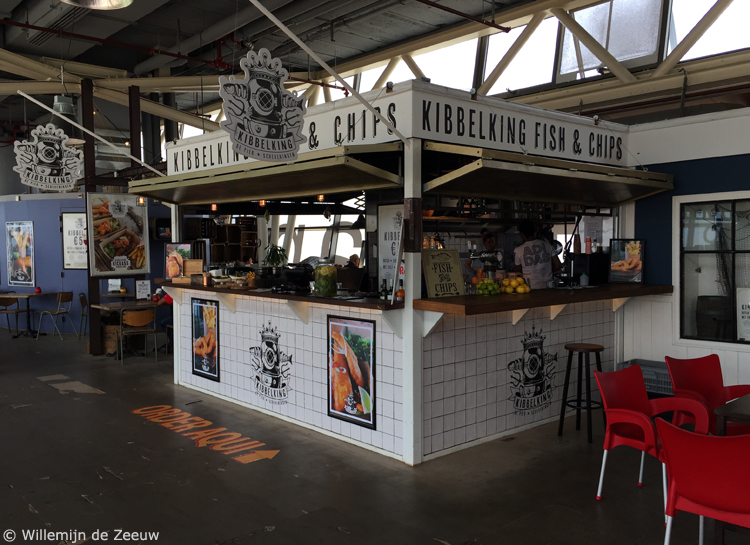 Massive jars of gherkins and chandeliers made of ketchup bottles draw the attention to Firma Pickles burgers & wines. After a quick browse of their menu, the decision to sit down for a meal here wasn’t a difficult one. The truly tough decision was choosing a burger. I went with the “dry aged” version of their signature burger called “The Pickles Burger”. It turned out to be a good choice. They had no problem at all tweaking the recipe a little bit for me by switching the ketchup for barbecue sauce. My mother didn’t fancy a burger and went with a velvety smooth piece of raspberry cheesecake. 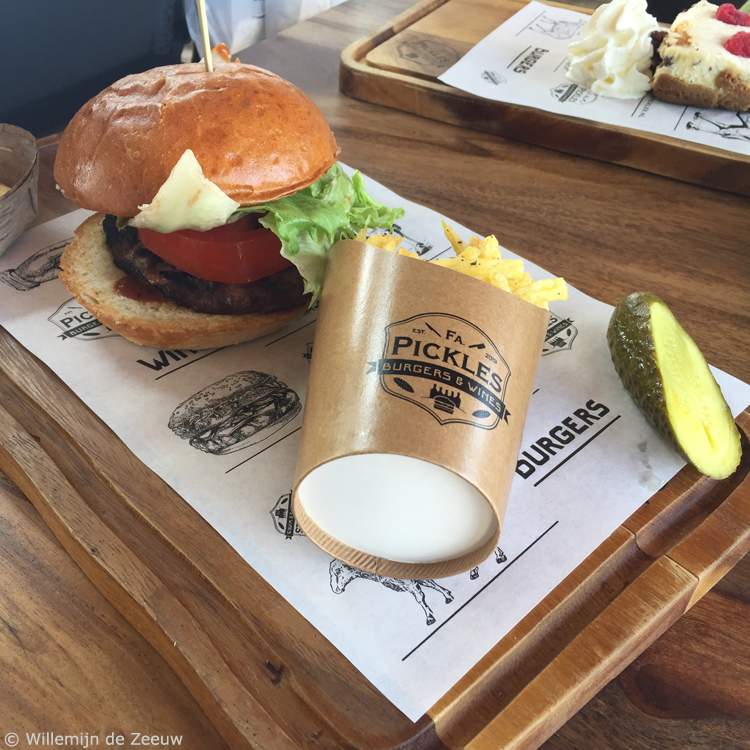 We were pleasantly surprised to find a stall with some food to take home with us. Madame Cocos‘ coconut pastries are a delicious version of the Dutch sweet treat kokosmakroon. The ones with white chocolate chips were my favourite.

After a long walk on the boulevard, we couldn’t resist going in for one last treat. There was a foodtruck right at the entrance of the pier, luring in people from the boulevard with the incredible smell of sugar and chocolate. Crispy on the outside, soft on the inside and smothered in Nutella, these churros were perfect.

With our bellies full of great food and with the sunshine on our faces, we agreed our day out had been a great success. It gives us something to look back on now that autumn has begun replacing summer. I’m sure we’ll be going on more trips to the seaside as soon as summer returns next year. 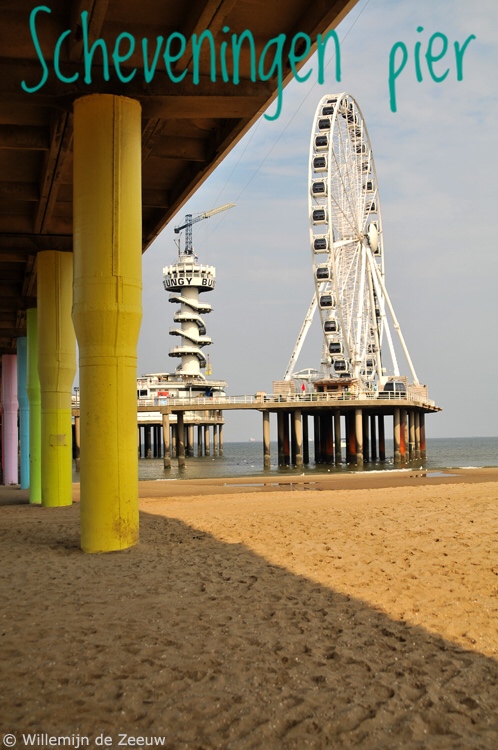