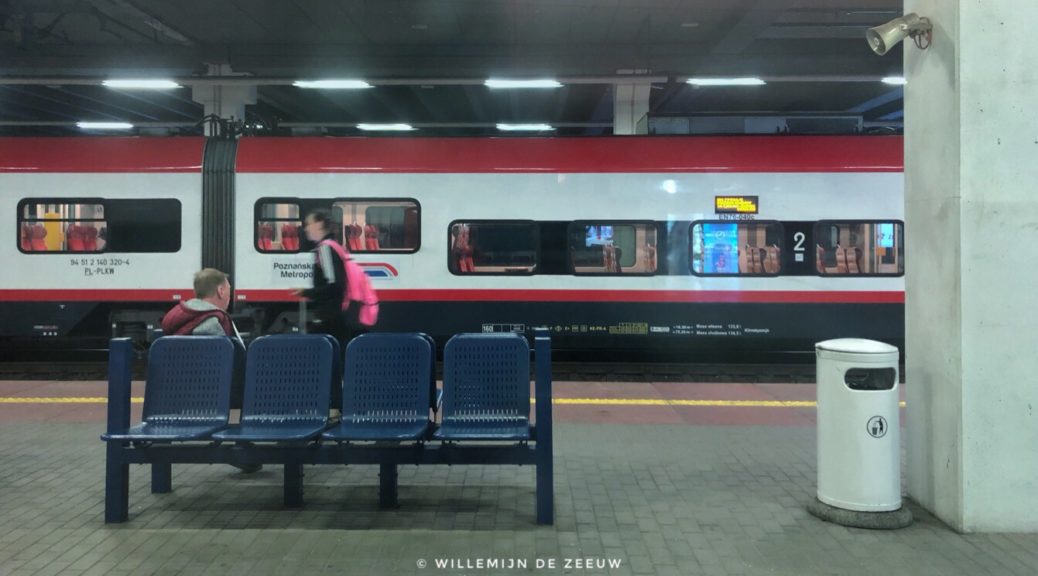 My journey to Moscow began a lot more chaotic than I expected. My parents dropped me off at the station in my home town and all seemed well. Until I reached Amersfoort, where I was supposed to take the train to Berlin. But that train never showed up.

A friendly couple at the station informed me that the international trains are temporarily taking a different route, which doesn’t pass through Amersfoort. I guess it was too hard for the Dutch railway company to put up a sign at the station to inform travellers about this.

I quickly boarded the next train to Deventer, where the train to Berlin was going to be. However, when I got there I was too late. After a slightly panicked phone call to my travel agency, I ended up in Hengelo, where I hoped to find out how to fix what was becoming an increasingly terrible situation.

Thankfully, an incredibly helpful platform supervisor knew exactly what to do. Unfortunately I forgot her name*, but I gave her one of the business cards I recently had made for the blog, so perhaps she is reading this, to see if I made it. I hope she knows I’m incredibly thankful. I would never have made it without her help. She quickly figured out an alternative route for me. This new route would send me on a crazy journey across Germany, to try to catch up with the train to Moscow. I took three different trains, including a high speed train between Hannover and Berlin, for which I unfortunately had to buy a ticket. There were a few very short stopovers. The last (and most nerve-wrecking) stopover would be in Frankfurt am Oder, just before the Polish border. I had only 4 minutes to make my way to the night train to Moscow. Miraculously, I made it. Let me tell you, running with a travel backpack is hard.

I sincerely hope that I have now used up all of my bad luck for this trip. Today felt like an episode of The Amazing Race. I’m so glad I made it though. I don’t even want to think about the chaos that would have ensued had I not managed to catch up with the correct train.

I’m knackered from today’s impromptu game of cat and mouse. I’m sure I will sleep soundly as the train takes me across Poland, to the Belarusian border. The border crossing is quite early in the morning, so it’s going to be a short night…

* EDIT: The platform supervisor at Hengelo station is called Ria Scholte. I was very happy to see her comment on my facebook page. It’s great to see that she cared enough to find out if I made it, and I’m glad I could thank her again.

One thought on “Holland to Hong Kong travel journal #1: I missed the train to Berlin”