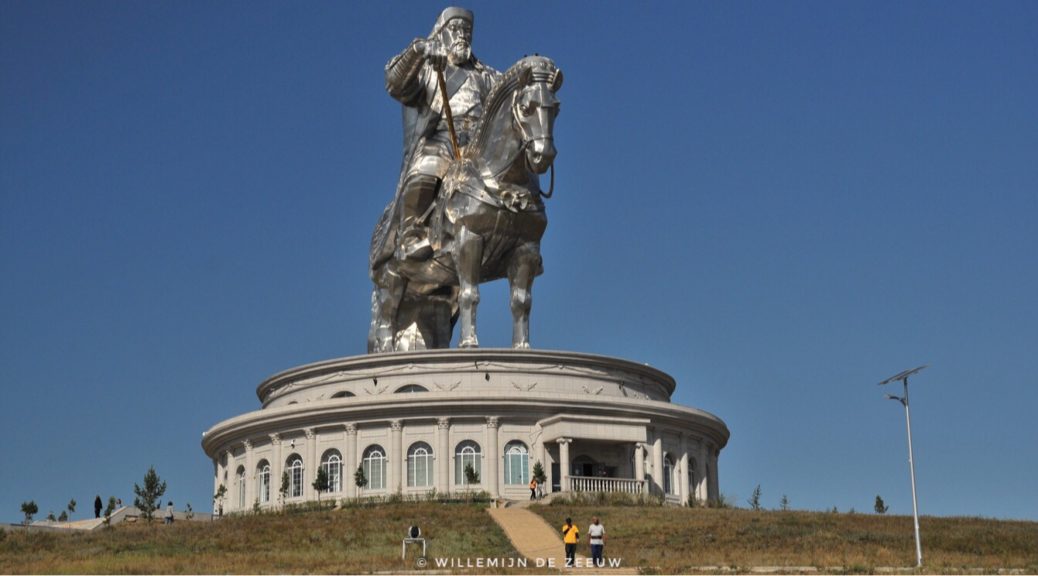 I spent my first few days in Mongolia in the capital city. I prepared for my week-long trip into the Gobi desert. This included grocery shopping, but also getting to know the country and some of its history before heading south.

During my first day in Ulaanbaatar, I didn’t do much sightseeing, except for a walk along the city’s main street, Peace Avenue. The chaotic traffic and constant noise of car horns don’t really help this street live up to its name, but the police officers directing the traffic were quite entertaining. It’s hardly a surprise that Ulaanbaatar has such traffic problems. Mongolia has about 3.5 million inhabitants, nearly half of which live in the capital. The first thing I noticed about the cars was that about half of them are Toyotas. The most popular choice seems to be a right hand drive Prius, imported second hand from Japan. Apparently this is one of the cheapest options for a second hand car here. 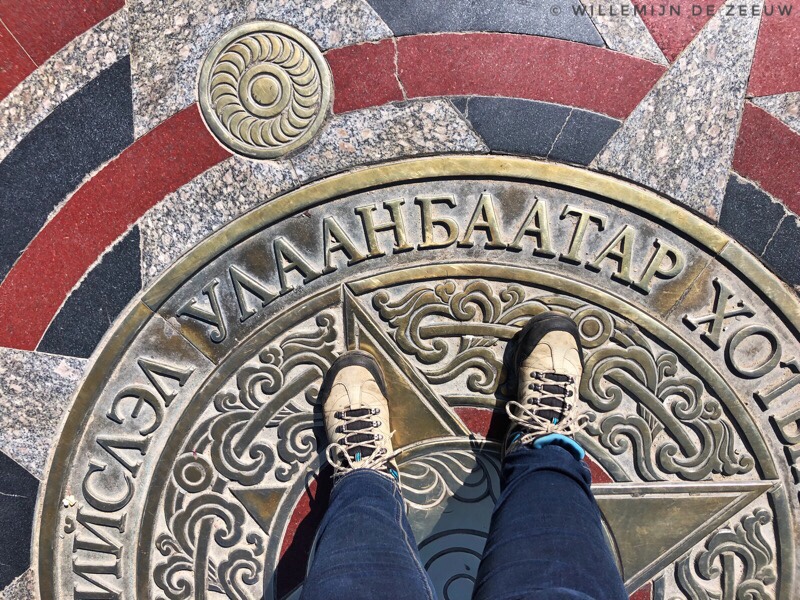 Heading east, I arrived at the city’s central square, called Sükhbaatar Square. At the centre of the square is Sükhbaatar’s statue, and on the government building is a large Genghis Khan statue. Between the tall buildings south of the square, you can see the mountains, a glimpse of what Mongolia looks like outside the city. Following Peace Avenue west, I arrived at the State Department Store, Ulaanbaatar’s most well-known shop, housing the oldest supermarket in the country. I did some shopping and returned to my hostel. Having three nights in one place meant it was time to do some laundry. 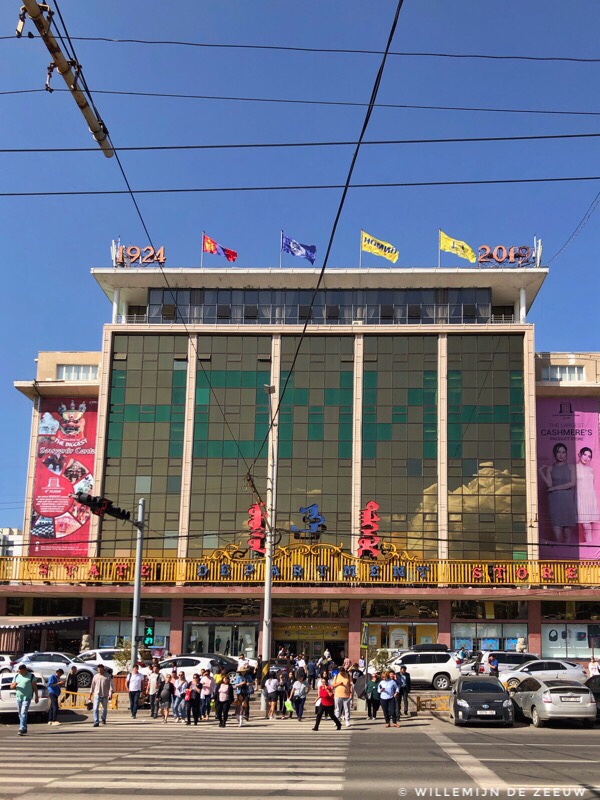 On Thursday, I went on a day trip to the Genghis Khan Statue Complex, about an hour outside the city. The enormous statue is the world’s tallest statue of a man on a horse. It is made of stainless steel and was built on top of a museum building. The museum’s main attractions are a gigantic traditional Mongolian leather boot, and an exhibit on the history of the ger, Mongolian nomad tents. I took a lift and some stairs to reach the top of the horse’s head, from where the view of the surrounding landscape is wonderful. The complex is just over 10 years old and the area around it still needs work. There are plans to surround it with 200 gers. 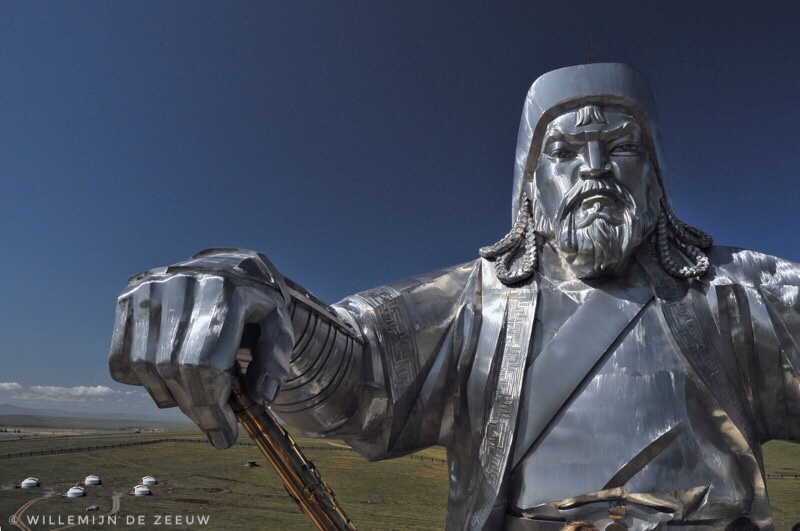 I spent my remaining 1,5 days in Ulaanbaatar by following some recommendations from my guide. I went out for dinner at Modern Nomads, a Mongolian restaurant where mutton and horse meat seemed to be the most common options. I tried both, and was not disappointed. I also returned to Sükhbaatar Square to visit the National History Museum, where I learnt a lot. Although the history dates back to the bronze age, I was most interested in the time when Mongolia was the largest empire that ever existed.

Back at the state department store, I had some fun checking out the bookshop, where I spotted a lot of translations of well known books such as Harry Potter and A Song Of Ice And Fire. At the supermarket, I stocked up on drinks and snacks, because the next day I would be leaving on a week-long trip to the Gobi desert.

One thought on “Holland to Hong Kong travel journal #7: my first days in Mongolia”