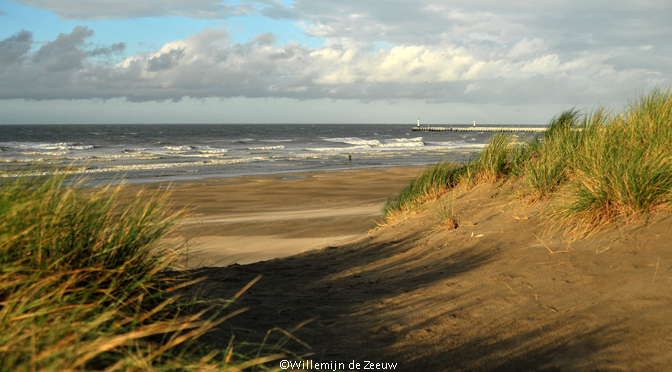 After my unfortunate trip to Wallonia this summer, one would expect me to be hesitant about returning to Belgium in the near future. Yet when my grandmother expressed an interest in visiting the North Sea coast for our short holiday in November, I found myself agreeing immediately. After comparing some hotels and cities, my eye fell on a seaside hotel in Blankenberge.

Ever since I bought my first car, my grandmother and I have been going on short trips together almost every year. Where previous trips have seen us exploring almost every corner of the Netherlands, this time we liked the thought of going beyond the borders of our own country. It does not take very much time to reach the Belgian coast by car, but it does offer a complete change of scenery, compared to visiting the Dutch coast. Conveniently, the spoken language there is Flemish. This meant that we didn’t have to fear the language barrier that I encountered in the French-speaking city of Liège. We struggled to find our way to the hotel, due to the roadworks in the city, but after some time we successfully navigated to the hotel’s underground parking garage.

We would have two days’ worth of time for exploring, before heading back home. Our first day was spent a little further south along the coast, in the city of Nieuwpoort. I had wanted to visit this city – which shares its name with my home town in the Netherlands – for quite some time now. I was not disappointed. Nieuwpoort has two completely different yet equally charming sides. We started our visit with a walk through the charming old city centre of Nieuwpoort-Stad, with its history dating back to the 12th century. There was a market on the main square and the weather was lovely, which allowed me to take some great photographs. Next up was a visit to the more modern seaside town of Nieuwpoort-Bad. Undoubtedly the plethora of restaurants, the long shopping street right behind the seafront promenade and the long, wide beach must attract a huge amount of visitors in summer. Sadly, the same could not be said for November. The town seemed rather sleepy to us, as if it had already gone into hibernation to await next year’s summer. There were a handful of people out for a walk on the beach. I joined their battle against the increasingly strong wind, determined to get some good photos. Sadly, the storm that had been predicted for that night arrived early, surprising both myself as well as the other people on the beach. My grandmother and I quickly found shelter in a nearby restaurant, ordered crêpes and waited for the rain to stop.

The rainy, but nonetheless great day took a turn for the worst when, after watching the Belgian Red Devils defeat the Italians in a fantastic game of football, we received the news of the attacks on the City of Lights. All through the next day, the news was impossible to miss. Whether it was an update on the radio, an abandoned newspaper in a restaurant, or even a ‘Peace for Paris’ sign in a shop window, the reminders of these horrific events were everywhere. All of a sudden the dreadful weather seemed appropriate as we walked through the streets of Bruges (Brugge). The seemingly endless drizzle was not exactly inviting us to visit the sights we had wanted to see. Neither of us wanted to stay in the rain for long, so we ended up shopping instead. We briefly visited the belfry of Bruges on the Grote Markt square, after which we admitted defeat. The weather showed no sign of improvement. We decided we could not leave Belgium without indulging in a popular culinary guilty pleasure, so we sat down for a generous helping of Carbonade Flamande with fries (friet met stoofvlees) and reflected on our trip. We both decided that the rain did not quite do the city of Bruges any justice, but despite the gloomy weather, we had both enjoyed ourselves very much. I guess we’ll just have to come back to Bruges – and the Belgian coast – at some point in the future, and hope for less rain.

One thought on “The Belgian coast”